Turning the tables – or getting rid of them. And a little idea to help wine sales staff 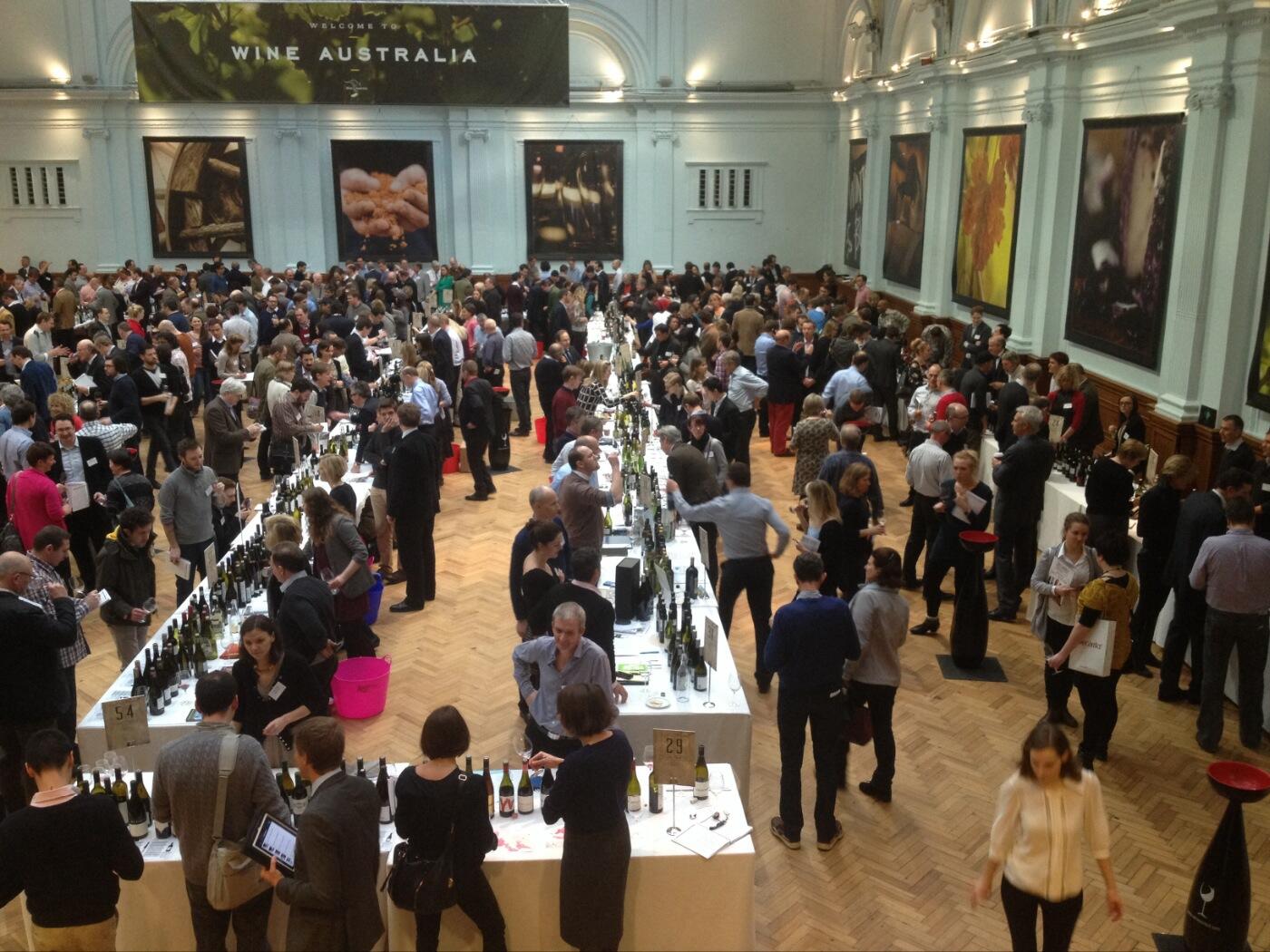 The 2014 London Australia Day Tasting
Yesterday’s Australia Day Tasting was a tremendous success – with the kind of buzz I haven’t seen at many recent generic events. But there was, if I may say so, still something wrong with it, and it was the same thing that I reckon is wrong with almost every consumer and trade tasting in the world: the tables. If anything amplifies the them-and-us character of the wine industry, it’s the tableclothed barrier that stands between the pourers and the pourees. “Can I help myself?” you can see people wondering, as they stand in front of the bottles waiting for the person on the other side to stop talking to a more important attendee.
Interestingly, yesterday, a few canny people such as Amelia Jukes of importers Hallowed Ground and Adrian Atkinson of Jacobs Creek acknowledged this by crossing the line and standing, bottle-in-hand among the visitors. At crowded tastings like yesterday’s, this isn’t always easy – but nor is pouring-over-the-table. At quieter events, the tables are even more of a barrier; I know because I’ve stood behind one waiting for circulating visitors to stop at mine rather than the one next door.
At bigger exhibitions, the table is replaced by that other barrier: the counter. In my experience of a lot of trade fairs across the globe, the most successful stands are the open-fronted ones that invite people onto the exhibitor’s turf rather than leaving him or her standing at the doorway.

I know there’s no easy answer to the business of pouring potentially large numbers of wines for large numbers of people but, as we head into the trade fair season, I think it’s worth a little rethinking.

And while on that subject, I’d briefly mention a simple initiative I encountered when pouring (yes, behind a table) at our distributors – Prestige – in the US. For every wine present, there was a simple business-card-sized card with all of the pertinent details about it, including an image of the label or bottle and any prizes it might have won. With companies like Vistaprint producing customised cards cheaply and incredibly quickly, it would not be difficult to have a set of a dozen or more memory-provoking cards that one could take to all events, and that sales staff could leave with customers on the occasions when they aren’t leaving a bottle. Wouldn’t that be better than relying on them to decipher their hastily written notes?
6 Comments thejosephreport